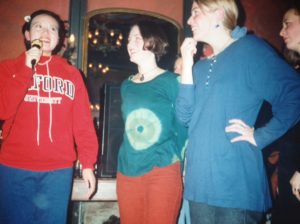 Following a BSc in Psychology from Shanghai and a Masters in Business Information Systems from Salford University, Liu Li set her mind to follow her childhood passion for the theatre and embark upon a career journey as a theatre arts exchange ambassador. Courses in Stage Management, Stage Sound & Lighting, Technical Theatre & Prop Making at RADA and LAMDA provided the essential foundations for the ongoing projects Ms-L launched and managed one after another.

Liu Li herself was a Chinese martial arts practitioner in her childhood. 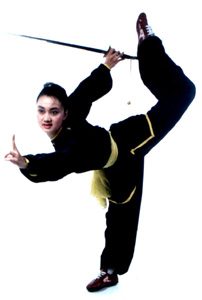 She sees that many Chinese martial arts forms are beautiful and elegant, which are perfect for stage performance, such as Wushu, Taichi and Shaolin Fist. Ms-L started many projects through cooperation with major Shaolin schools and Tai-chi communities in the UK, introducing the wonderful Beijing Wushu demonstration which staged in 14 cities in the UK.  Ms-L then worked with the British brand Seni Expo at London Excel, launched and managed the London Wushu Open tournaments for 4 years, and invited top coaches from China to run quality Wushu & Tai-chi seminars, and gathered British Chinese martial artists to present their performances on stage.

Za-ji in Chinese means ‘acrobatic stunts’.  This is another theme of Chinese performing art speciality. Ms-L brought in the Anhui provincial level troupe to tour their extraordinary Za-ji Spectacular show, that marked Ms-L on 23 city theatre boards. The show also had a two weeks’ run in a West End venue, many critics’ articles about the show have appeared in national papers. 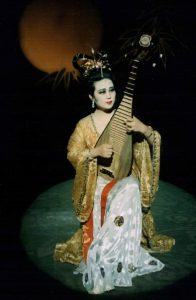 From music ensembles, acrobatic displays to Wushu competitions, every event required overall organisation and detailed daily management.  Refining a show’s production, signing venues’ contracts,  producing adverts, assisting marketing, scheduling artists’ travel and accommodation, and stage managing each show,  overcoming difficulties and handling the unexpected,  all of these tasks required thorough attention to detail —-this was given, and all the runs were successfully followed through.

A favourite quote comes from Julius Green, one of the UK’s most prolific theatre producer. He once quoted Oscar Hammerstein II ‘s words about what a theatre producer is: ‘ a rare, paradoxical genius, …, an idealist, a realist, a practical dreamer, a sophisticated gambler, a stage-struck child.”