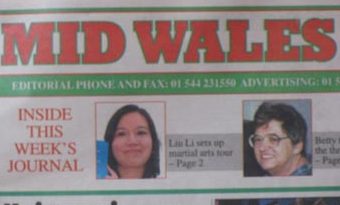 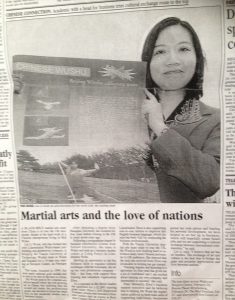 “This is not your usual theatre fare. But production teams have finally realised the fascination eastern traditions hold. Their elaborate dress, exotic music and age-old skills, have finally put Chinese arts in demand”  翻译： 这是一场不寻常的演出。它展示了东方艺术的魅力。 精美的服饰，异国情调的音乐，充满青春活力的技能，中国艺术终于抓住了西方观众的心”。

Liu Li said  “ I believe that a real art has no borders. The exchange of art and culture is the best way to bridge the gaps and promote appreciation and friendship between nations” 刘莉相信：‘真正的艺术是没有国界的。 文化艺术交流是最好的形式促进国家之间的欣赏和友谊。”

The shows introduced or organised by Ms-L has received many excellent media reviews, some of the original copies are luckily kept and posted on this website, and most of them are unfortunetly lost.

These shows please audiences of all ages, with many people returning to watch some shows twice. More than 200 people booked to join a trip to visit the acrobatic company in China following Za Ji Acrobatic Spectacular, which just said how attractive the show was.  Whereas Western theatre was introduced from ancient Greece back in 330BC, the success of Shakespeare productions has promoted British theatre greatly during last 300 years,  Sir Andrew Lloyds Webb ‘s musicals boosted West End production to a new height.

Grand theatrical productions are booming only recent years in China, while there were more variety shows on stage traditionally, Chinese New Year Gala every year with the scale and the advanced technologis that no country could possibly beat. 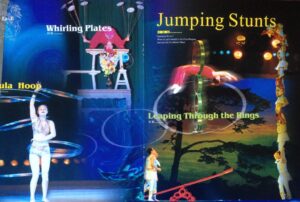