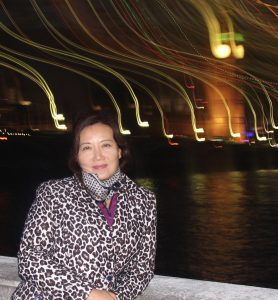 Ms-L was conceived and formed by Liu Li with the aim of introducing all forms of Chinese performing arts to the West. It’s twin objectives are to assist in adapting Chinese productions to the British theatre and to tailor the finest British shows for the Chinese stage.

During March and April this year, Ms-L is proud to present the stunning Chinese dance drama: The Embroidery Girl  For 8 performances around the UK.

It’s a real rarity for a Chinese state theatre company to tour in the UK and the  Jiangsu Wuxi Song and Dance Troupe is one of China’s best. This is the first time this much-celebrated show has been performed in the UK  and 2018 sees the debut of it’s revitalised and updated incarnation.

There Follows an interview by ‘The Stage’ magazine, the paper featured Liu   ‘A highly experienced theatre producer and tour manager who has a variety of successful UK-wide arts and cultural events, including the Chinese Acrobatic Spectacular Tour, the Chinese New Year Concert and the Guang-dong Acrobatic Troupe’s Swan Lake, which made the UK debut at the Royal Opera House, Covent Garden. (click image to view)